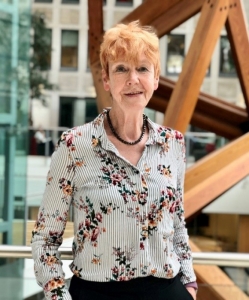 Appointed on 24 June 2019, Dame Vera is responsible for championing the interests of crime victims and witnesses and reviewing the operation of the Victims Code of Practice (the Code).

As Commissioner, she regularly meets heads of Criminal Justice agencies, Ministers, Chief Constables, Police and Crime Commissioners, victim organisations, Parliamentarians and voluntary groups. She will undertake reviews into victim services and report on how agencies are complying with the Code.

Dame Vera is the former Police and Crime Commissioner for Northumbria (2012-19).

She previously spent much of her working life as a criminal barrister. She was called to the Bar in 1975 and took silk in 2000. She served as Labour MP for Redcar from 2001 to 2010. She was a Government Minister from 2006 to 2010 and Solicitor General from 2007 to 2010 – the House of Common’s most senior law officer. As Solicitor General she was closely involved in criminal justice policy and legislation and is particularly proud of her role in taking the Equalities Act 2010 through its House of Commons stages.

In 2017 she was appointed Dame Commander of the Order of the British Empire (DBE) for services to women and equality.